'Examine the present more closely and the future appears by itself'. 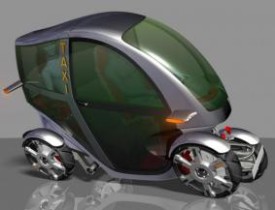 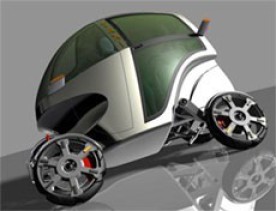 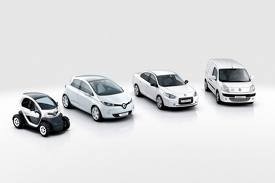 The primary solutions offered are for a tilting suspension system for fully enclosed, 0.85m (33 in) wide, three and four wheel, tilting autos. It is unique technology and unique control system designs for such a niche and/or mass market vehicle that is to be introduced here. The tech can be integrated into manned, unmanned and/or driverless vehicles.

If built of similar materials, in a similar way, about twice as efficient as a Smart CDI or Fiat 500 TwinAir with Dualogic gearbox. Other materials and power sources could allow even higher efficiencies.

It is clear from the preceding sector intro article/video that there is a potential market for various capacity 'convergence' vehicles, including fully enclosed 'sub-car'.

''As shown in a GAO report;

On fuel economy standards, most European OEMs who export to the USA regularly violate CAFE (Corporate Average Fuel Efficiency) targets, choosing instead to ante up the civil penalties that result.  In fact, the Europeans have enriched the US Treasury by some $115 million between 2001 and 2005 (which are the newest figures GAO has), with BMW leading the way, at over $50 million in fines.  Even the People's Car maker, VW, ponies up a few million bucks every few years to cover its fuel-thirsty Audis (and of course those products of another VW subsidiary, Lamborghini).  One cannot tie the numbers easily to a given model or even to a given year, as Uncle Sam allows all sorts of averaging and carry-forwards and -backs, but over the long haul the biggest offender is Mercedes.  These numbers don't even count the gas-guzzler tax tacked on at the point of sale: these are civil penalties paid by the OEM for violating the CAFE standards.  The Japanese and Koreans are notably absent from the list,  so are the Detroit 3: GM, Ford, and Chrysler have never yet had to pay a CAFE fine.  They may start having to, according to rumors that they have recently strayed out of compliance, but with the lags in these numbers it is hard to tell.''

World vehicle numbers are set to double over the next thirty years. So just to keep carbon emissions to present levels, the efficiency of current vehicles must double.

What is easiest - to double engine efficiency, halve automobile weight or halve vehicle size to reduce emissions? It is now possible to do all three simultaneously.

Euro6, soon Euro7 and USA CAFE average range standard requirements are driving large manufacturers to strategise and prototype very compact single or tandem seat vehicles - a 'sub-car' - as part of their range. This is an outsourced solution to help them meet these standards, whilst selling what they already have.

It appears approximately 1.2m (48in) eg Renault Twizy and VW L1 is the width limit with conventional 'common axle' chassis. Even this requires the vehicle to be very low, or very base-heavy with hard suspension to maintain a stable centre of gravity (Cg) in cornering. Standard sub-compact automobile chassis are between approximately 1.4m (54in) eg Smart and 1.5m (60in) eg Fiat 500. To justify their existence, maximise efficiencies and be seriously useful on crowded roads, sub-cars must be considerably narrower than this.

The logical conclusion of this trend is for the chassis to tilt, to allow fast, safe cornering, with the optimum fuel, energy efficiency and range.

Autos have energy efficiency ratings as buildings and electrical goods do, If IPDI is 'A' or 'B' Smart CDI would be 'D' or 'E'. Naro summarise this very well on their website in 'Naro development' then 'the Naro project' area (click image to weblink)

Fuel Economy green label. 100 g/km 'tank to wheel' of CO2 emissions is currently considered 'A' efficient. Around 30-50 g/km 'well to wheel' for the IPDI technology is possible, depending on the whole vehicle approach taken. (click image to weblink)

Recommend this page on: